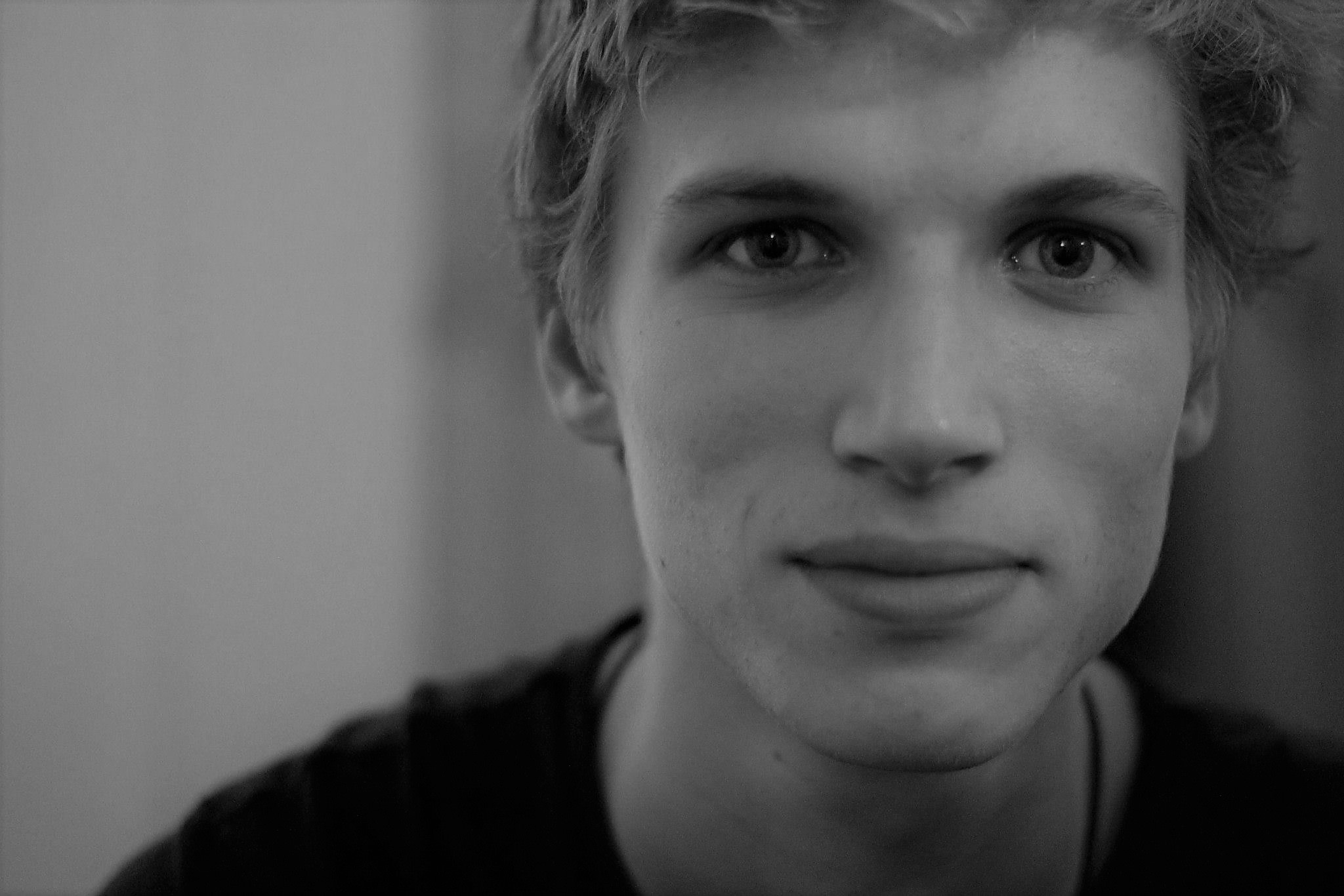 What is an ABI?

The auditory brainstem implant (ABI) provides sound detection for patients who are not candidates for a cochlear implant due to anatomic constraints. The ABI bypasses the cochlea and cochlear nerve to electrically stimulate second order auditory neurons of the cochlear nucleus (found in the pontomedullary junction of the brainstem).

However, ABI candidates, especially those affected by Neurofibromatosis type 2 (NF2), represent a particular challenge for the visualization of white matter tracts due to deformities in the posterior fossa from large tumor load and hardware such as auditory implants and cranioplasty material.

The aim of this study was to examine the feasibility of utilizing DTI to assess white matter microstructures along the auditory pathways in ABI candidates.

A total of eight patients diagnosed with NF2 were implanted and scanned perioperatively. The diffusion weighed sequences were imported and registered to standard space. After removing all non-brain tissue, diffusion tensors were estimated, and FA and MD values were extracted on selected regions of interest (ROIs). 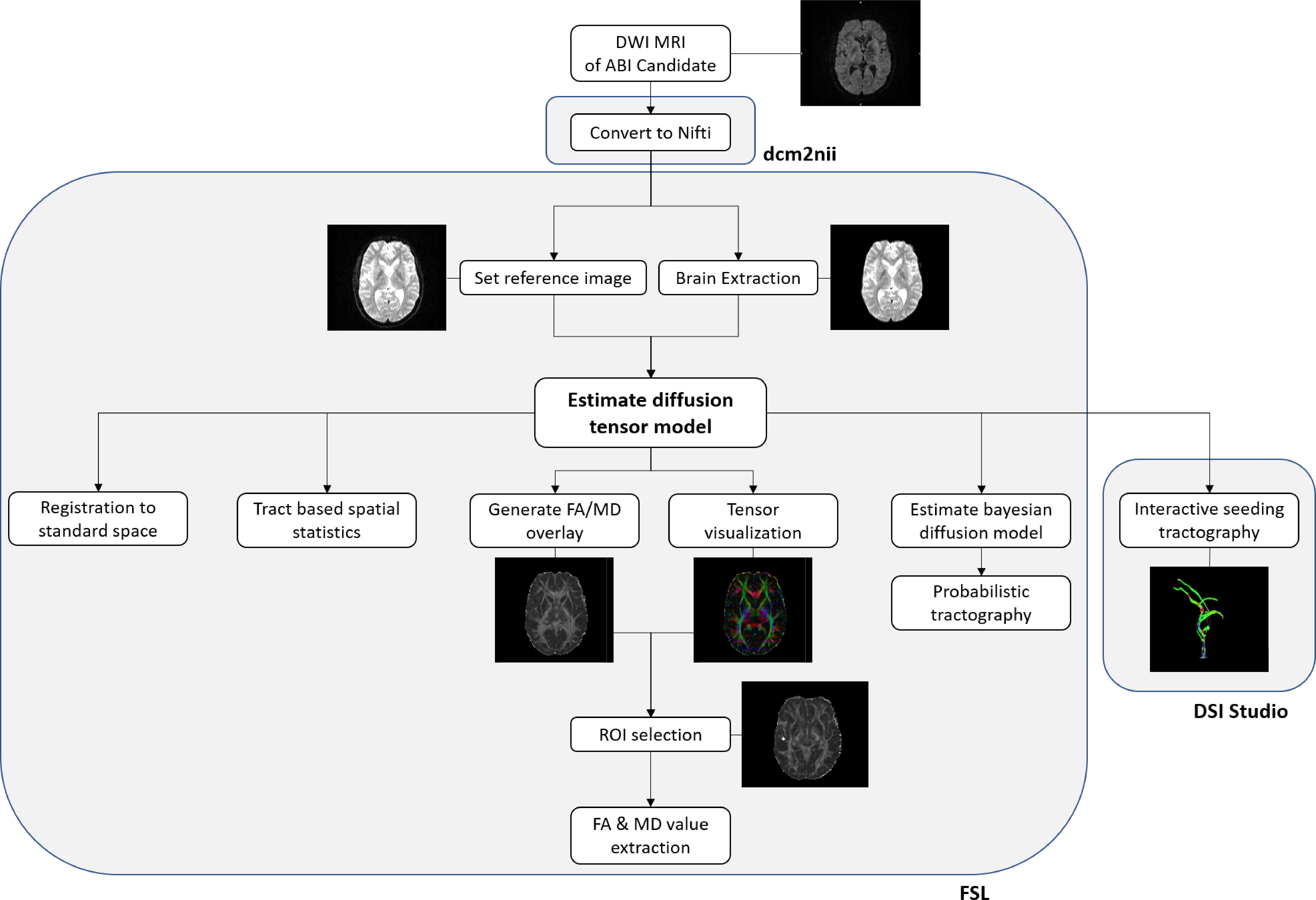 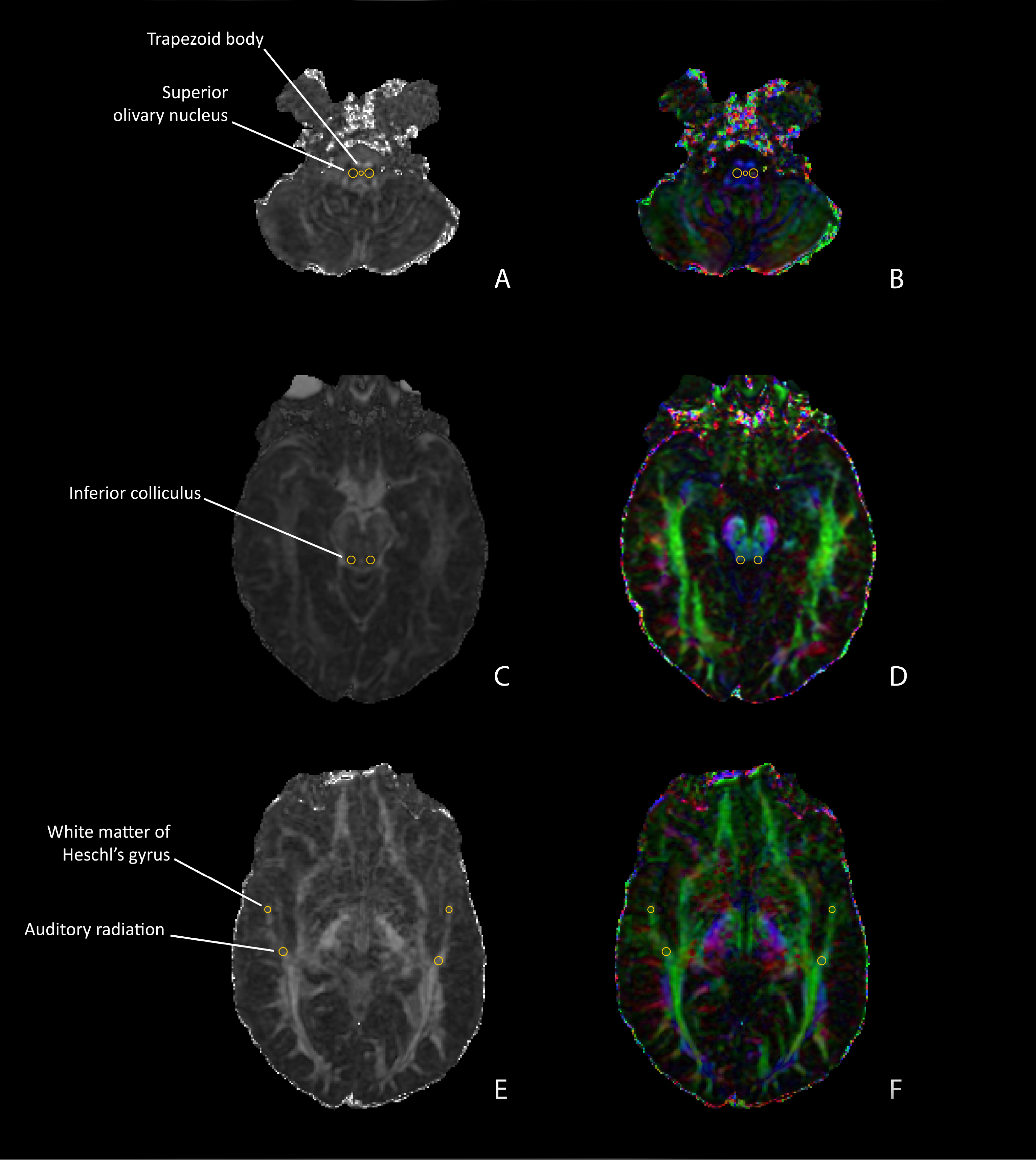 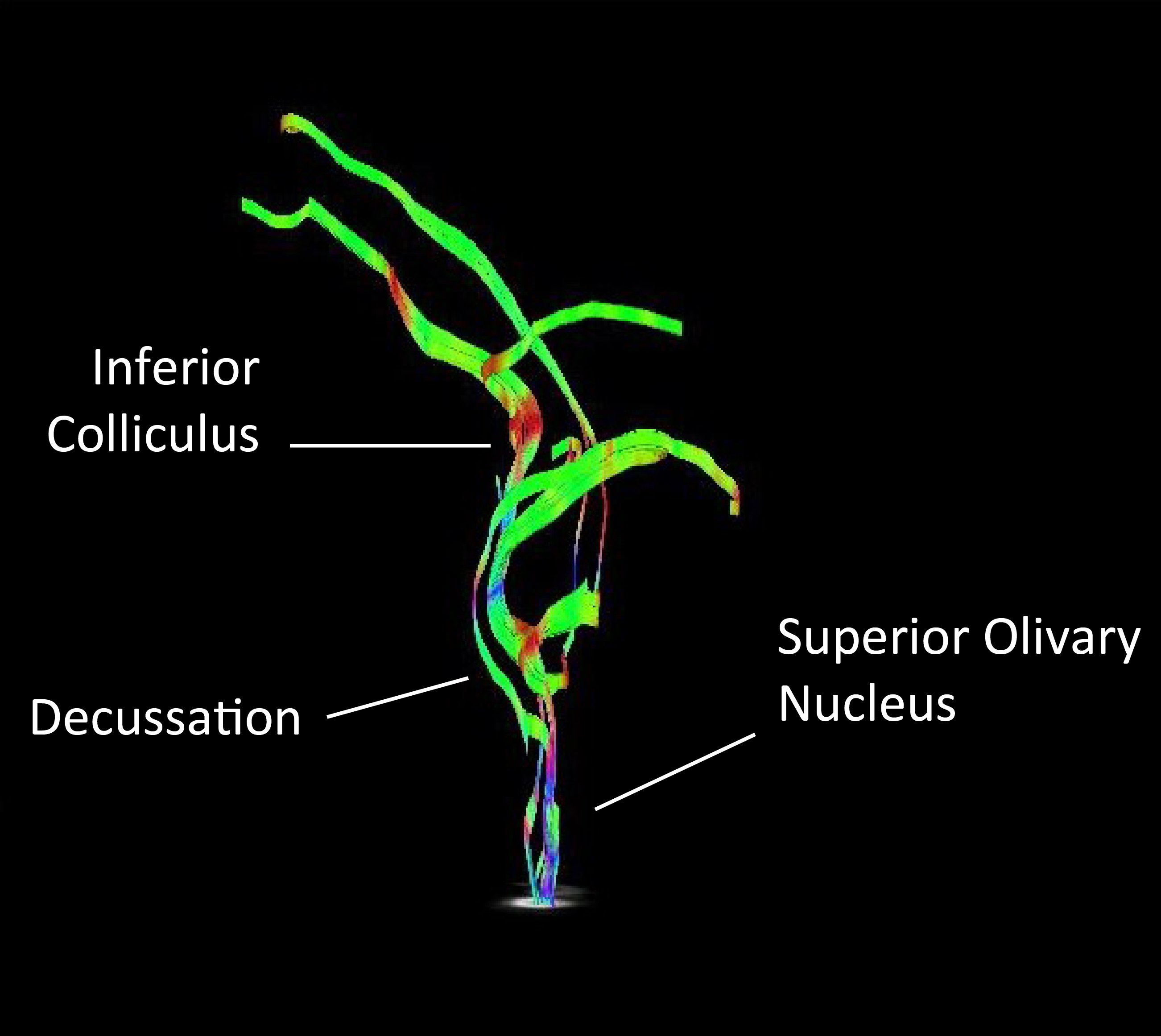 Representative tractography of fibers originating in the superior olivary nucleus (coronal view). Tracts decussating before reaching the contralateral inferior colliculus can be visualized.

At the time, this was the first study to describe the use of DTI in candidates for the ABI in a clinical setting, allowing the measure of FA and MD at specific ROIs along the auditory pathway. This matters, as earlier studies by Huang and colleagues have shown that FA values of the same ROIs correlate with auditory outcome after cochlear implantation. Combined with the approach described here, this suggests the possibility for a tool to predict ABI outcomes preoperatively. Moreover, Scholz et al. describe the effect of motor training on FA measures on selected ROIs. Applying this methodology to ABI users would allow to gain great insight to the physiological changes following implantation and might hint to further possibilities to enhance postoperative adaptation.

I worked on this project during my time at the Lee/Brown lab, Harvard/MEEI, with the continuous support of V. Kanumuri, MD. In the end, I never had the occasion to fully complete and publish it.

All code is available at my github. It is mostly based on FSL.

You May Also Enjoy

Had a fully sedated COVID-patient getting totally out of sync with the ventilator today. After checking all the settings and tubings, the nurse finally made me notice that the patient had spastic diaphragmatic contractions. After a dose of Metoclopramide and changing the orogastric tube from a Salem to a Freka, it went away.

On ICU rounds/admissions, give every patient a FAST HUG (AE):